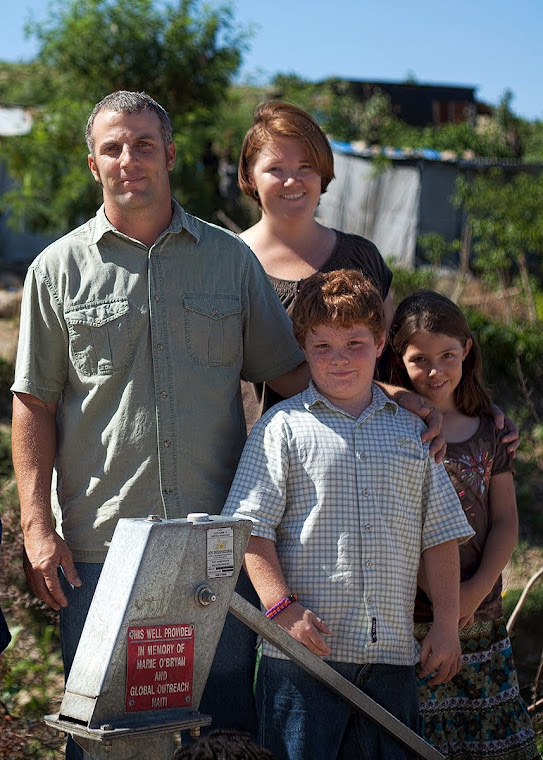 Our Christmas in Haiti

As I sit here writing this blog, me fighting the bugs (even in a screened room) and Nicky fighting the ants in his cereal, I am finding it hard to sum up what we have done in the past week. So instead of writing a lot I will just post pictures with captions, I think you will enjoy the pics more.

Hope everyone had a blessed Christmas Day! Jwaye Nowel! (Merry Christmas in creole) 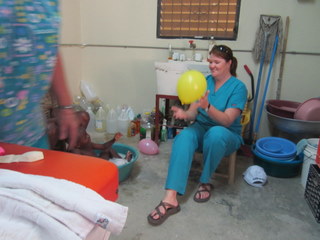 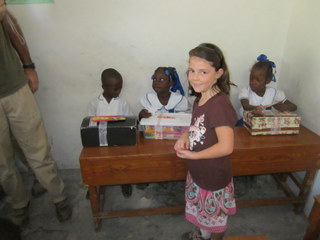 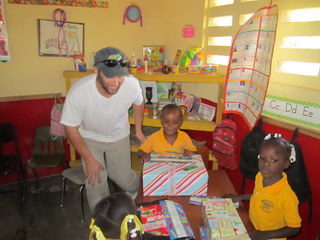 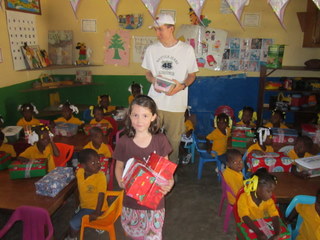 The Joys of Christmas

This week has been such a blessing.  Our last team left on Saturday.  Before they left they got to help us pack up Christmas bags for our school kids, over 300 bags filled with a few toys, soap, toothpaste, toothbrush, a hat, a comb or brush and some candy. On Friday we took them to our schools.  The kids were so excited to get these gifts.  Most American kids would think you were crazy if you gave them a bag of what we call everyday necessities.

Tuesday were headed out early to meet up with a pastor friend and his wife from our hometown.  On the way we saw a guy selling bicycles.  Nicky checked them out and after some rough creole/ english communication he bought the kids their Christmas presents.  They have been riding them non-stop.
We picked up the Hunnicutt's, Luke and Kristen who have been serving in the Northwest with Steve Revis for a month, and headed up to the Haiti Baptist Mission.  I can usually read a map pretty good but not knowing exactly where I was headed it was hard to read, plus it was in Creole.  We stopped at a look off that Nicky knew of that has an awesome view.  Boy did it ever!  You could see for miles.
We got to the Mission and met a great missionary couple that have only been in Haiti 3 months.  Chelsea gave us a very thorough tour of the mission, then we had lunch.  The high mountains of Haiti have such a different look from the rest of Haiti.

On the way back down the mountain we were going to look for a grocery store, but all of a sudden the brakes lost pressure and we started praying!  Glad we had 4x4 low to keep us slow in the '92  F150 we were using.  The Lord saw us through and we did get to a grocery store, then headed home.

Wednesday we took gifts to two more schools,  we handed out  t-shirt dresses (that First Baptist Hendersonville made) to a school up the mountain.  Again the kids were so excited to be getting gifts.  The looks on their faces was priceless. The only down side to this was seeing the 10 or so kids that were standing at the gate trying to peer in through any hole they could and get a glimpse of what was being handed out and knowing that we didn't have enough gifts for them.

Thank you for your prayers and support.  We are so excited to be Christ's hands and feet here in Haiti.

Hope everyone has a blessed Christmas!!   Jwaye Nowel! (Merry Christmas)

We will be posting pictures soon, hopefully tomorrow.
Posted by Runk Family in Haiti at 4:28 PM 2 comments:

We have officially moved out of our house in Hendersonville, NC and are now waiting for God to provide renters.  After taking our last load of furniture and stuff to SC ( I am going to have a lot of unpacking to do when I get back) we drove down to St. Augustine, FL to visit family and  their church, what a blessing.  God is so Good!!  After a few days there we headed down to Miami.


We allowed an extra day just in case the van broke down, but praise the Lord we didn’t have any problems.  We flew out of Miami on Dec. 9th and arrived in Haiti safely.  Everyone was so excited to see us.  As soon as we got to the compound the work began.  We feel like this is the place we belong  and it feels like home.  We brought down most of the dresses that First Baptist Hendersonville made and can’t wait to see the faces of the little girls when we hand them out.
As soon as we got to the compound we could see how we are needed “ASAP” . They are asking us to just stay and not go back, this is home now.  I have seen many come and go from Haiti because of a lack of support being over whelmed  by ministry,  and can’t afford to do it because they didn't finish raising monthly support, because raising it is so hard.  Thanks to all who have and are supporting us.  You guys are how we are able to return to Haiti and further God’s kingdom . We want to thank everyone for your prayers,  we need them more than ever while we are down here.

Since the earthquake more and more people are moving out toward our compound.  With that comes dispute over land and who thinks they can give it out.  These disputes causes problems like protests, closing the roads, and robberies. God is great, seeing and hearing of many more transformed lives here is what it is about. You make this possible. I hope over the next few years many of you can come down and experience Haiti.

Our first few days back have definitely been busy.  We arrived Friday and started helping get ready for a big cookout ( which is very rare ) we were having with our neighboring ministry (CAM - Christian Aid Ministries).  It is always great to get to know other missionaries.

Saturday we headed into town to get supplies.  You think running to the grocery store is such a simple task, but here in Haiti it literally takes all day!  We did get to eat at the only franchise restaurant in Haiti, Dominoes Pizza.  I have a better appreciation of them now.

Sunday it's off to church at 6:45am till about 10:30am.   Hopefully it will get easier to sit that long when we can understand what they are saying.  We did get to hear the children's choir sing and quote scripture and the books of the bible.

Monday Kristie and kids helped with Gran Moun ( old people), visited the burn clinic, unwrapped French Bible and put them in their covers, and did home school all before lunch. 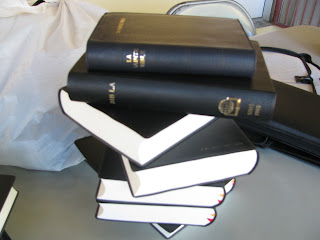 You can partner with us here. 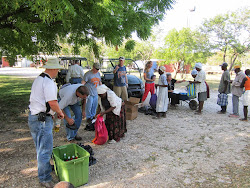